The Knight and the Witch Series - with new reviews 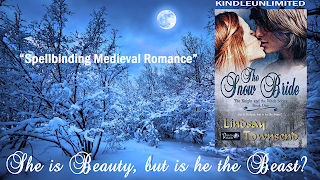 Blurb:England, winter, 1131Elfrida, spirited, caring and beautiful, is also alone. She is the witch of the woods and no man dares to ask for her hand in marriage until a beast comes stalking brides and steals away her sister. Desperate, the lovely Elfrida offers herself as a sacrifice, as bridal bait, and she is seized by a man with fearful scars. Is he the beast?In the depths of a frozen midwinter, in the heart of the woodland, Sir Magnus, battle-hardened knight of the Crusades, searches ceaselessly for three missing brides, pitting his wits and weapons against a nameless stalker of the snowy forest. Disfigured and hideously scarred, Magnus has finished with love, he thinks, until he rescues a fourth 'bride', the beautiful, red-haired Elfrida, whose innocent touch ignites in him a fierce passion that satisfies his deepest yearnings and darkest desires. Review:The Snow Bride delivers a thrilling tale of magic, adventure, and love.I adored Magnus!!  I loved how he was not the flashy knight-in-shining-armor, but instead was battle-scarred and weary, was someone who's proved himself and could be counted on to keep fighting through any and every battle.  He desperately sought after a seemingly unattainable dream and watching him realize Elfrida was his dream come to life - what he wished for and then more - melted my heart.  The gentleness he showed Elfrida balanced wonderfully with his protectiveness that flared around her. Elfrida had a heart that overflowed with devotion and compassion, even as much as she struggled to truly find her place.  She had a special kind of wisdom and a stubborn tenacity that saw her through her journey, and afforded her the opportunity to learn that she wasn't on her own fighting battles anymore.I enjoyed watching the two of them learn to compromise and trust each other - which was very much a challenge with their temperaments and instincts.  Their ability to communicate and make reparations quickly also showed strength and confidence.  Their strengths played well off the other, even if sometimes you were wanting to join the other in shaking someone... haha.If you enjoy a adventure story filled with knightly brawn and magical good-vs-evil, this is a fantastic story to snuggle up with on the long, dark winter nights.Purchase Links: 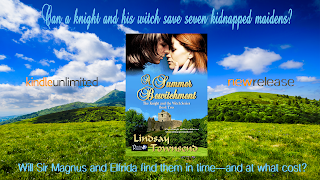 A SUMMER BEWITCHMENT ( THE KNIGHT AND THE WITCH 2) https://amzn.to/2SxGj5L Amazon Co Uk  https://amzn.to/352aAfD
Blurb Can a knight and his witch save seven kidnapped maidens? Sir Magnus and Elfrida strive to find the girls, but at what cost to their marriage?

Amazon review ***** Good read, the second in a series, both worth the time of day
December 31, 2019
Format: Kindle Edition
Quick read. Good for a cold, snow day! Takes you through the first year of marriage between our heroine and hero
Blurb
When a shadowy piper kidnaps seven beautiful girls, can a wounded knight and his witch-wife save them? Will Sir Magnus and Elfrida find them in time—and at what cost?


Magnus, the fearless, battered crusader knight, and his fey wife, Elfrida, are happily married, but each of them carries a secret. Elfrida believes that being peasant-born will one day undermine her husband’s love for her. Wounded and scarred, Magnus fears nothing—except, perhaps, that he will not be able to give Elfrida her greatest wish—children.
Their fears are sharpened when high-born Lady Astrid appears at their manor and demands their help to find the seven missing girls. Though the lady clearly regards low-born Elfrida beneath her, why has she truly sought out Magnus, a ruthless knight? Which one of the kidnapped girls does she really want to recover so badly—and to what hidden purpose?
In the scorching summer heat, Magnus and Elfrida search together for the missing girls. Will they be able to rescue them in time? And can their own marriage survive?

Before Magnus could move away from the shadows, Elfrida seized his arm. “I must come with you, sir. You and I alone, I think, until we are sure we have found Silvester’s lair.”     “Indeed?”
She did not quail under his frown though it was a near thing. “Please,” she almost said, but she was done with beg­ging.
“I have a plan,” she began as he shifted. When he strode into the sunlight, the rest of her words withered inside her mouth.     He hooked his hand into his belt. “I will not have you as bait.”
He understood part of her idea, then. This would be only gos­sip-bait, she wanted to say, but Magnus’s growl stopped her.
“So small you are,” he said. “So slender, still. If I were only more a man, this caper of yours would be impossible.” His fingers whitened on his belt and he fell silent.
“What?” Magnus’s frustration raked through Elfrida’s mind like claws. As she stared at him, horrified, he jerked his head aside, checking no one was close. Her own feelings now raging, and even with all her magic she could not sense the rest of his thought. That was always the difficulty with magic and  thought sensing. She needed a cool, calm head to do such things and at present her thoughts and feelings were in tumult, with fear uppermost.
“My lord?” What does he mean? “Please, Magnus.”
They marched across the yard in the same arrow-straight diagonal that Tancred had taken toward the steps of the great hall. Magnus snatched her hand and veered left to the stables, acknowledging the smith coming the other way.
“Are we leaving?” she ventured.
“Let me think.”

Posted by Lindsay Townsend at 13:19 No comments:

Email ThisBlogThis!Share to TwitterShare to FacebookShare to Pinterest
Labels: Beauty and the Beast, Excerpt, Lindsay Townsend, Medieval Romance, reviews, romance, The Knight and the Witch Series 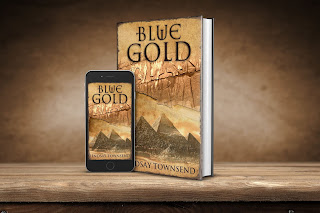 #99CENTS  A KNIGHT’S VOW #99c http://amzn.to/2uscGnw  #99p http://amzn.to/2fuytrV
Alyson heard the shouts from the surviving men-at-arms and jerked her head up, all thought of prayer forgotten. ‘My Lord Dragon,’ she whispered. Excerpt http://bit.ly/2vQXkMI
https://
https://

Posted by Lindsay Townsend at 15:13 No comments: