If You Only Knew

Faith finds herself in the middle of a love triangle in If You Only Knew when she discovers her new boyfriend Zane is business partners with her first love and the man who broke her heart, Aaron.

We put Faith under the spotlight and asked her some searching questions about life, love and romance....

1) What’s your idea of romance? 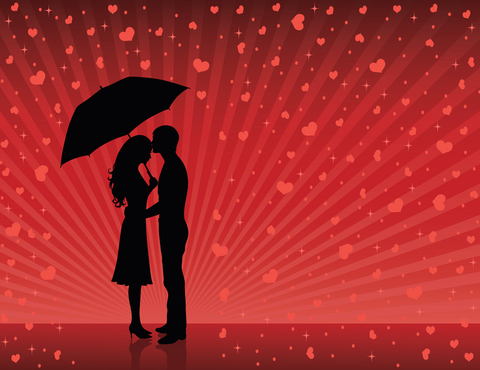 I think romance can be lots of things – a guy doing something really kind and thoughtful; flowers and candlelight; sharing a picnic on a hill overlooking stunning countryside; cuddling on the sofa in front of a log fire; walking hand in hand in the snow.

2) What's been your most embarrassing moment in regards to the opposite sex?

Being thoroughly humiliated by my first love Aaron. We were at college together. Things ended badly. Let’s just say he was a complete pig.

3) What was your first impression of your partner or crush? How accurate was it?

I thought Zane reminded me too much of my first love Aaron, a guy I’d spent the last ten years trying to forget. I was partly right; I probably should have stayed away from Zane if I was being sensible about things.

4) How have you coped with break-ups in the past?

The first time I had my heart broken I never really recovered. I’d say I’ve always had my guard up since then. Until Zane arrived in town. 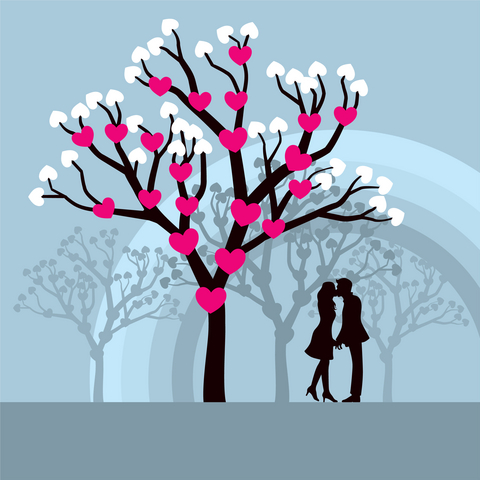 5) What is the best relationship advice you've ever gotten?

Never trust a guy? Can I say that or does it sound too mean? Well, I guess I’d say it’s important to talk and be honest with each other when you’re in a relationship. Keeping secrets only leads to trouble, as I discovered to my cost in If You Only Knew.

Here's some more about If You Only Knew:

Is the past about to destroy the future for Faith when she discovers her new boyfriend and her first love are in business together? 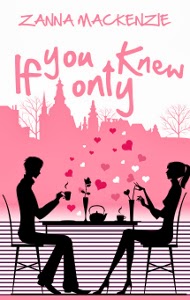 Would you have the courage to feel the fear and fall in love anyway...?

Faith owns The Coffee Pot in the outdoor adventure sports mecca of Derbyshire's Peak District. She hasn't had a man in her life for a while, as she has been too busy serving cakes to weary rock climbers and mountain bikers to find time for the complications of a relationship with the male of the species.

Then Zane and Matt arrive on the scene as the new owners of the Carrdale Adventure Sports Centre.

Dating Zane, she soon discovers he’s not the Mr Perfect she thought he was; and why is he so reluctant to talk about his past?

As for Matt – well, to Faith he isn't Matt at all because he was a completely different person when he broke her heart all those years ago.

You can find If You Only Knew in paperback and ebook now on Amazon.


Read an extract from If You Only Knew:

This couldn't be happening.
Zane had said his business partner was called Matt. She was sure of it. Yes, he’d definitely just introduced him as Matt. But the man standing before her wasn't Matt.
It was Aaron.
Faith wiped her hands on a tea–towel. She wanted to speak, but couldn't get her brain into gear enough to make her mouth form the words.
She’d thought Aaron was gone from her life.
It looked as though she was wrong.
She took a step back, wrapping her arms around herself. Suddenly she felt cold and shaky. Aaron was back? This was impossible.
Yet here he was, standing in her kitchen. She felt dizzy and light-headed.
How should she react? Should she admit they knew each other? Why had Aaron changed his name to Matt anyway? Would he prefer it if the fact they knew each other was kept quiet?
But she knew she couldn’t keep something like that from Zane.
As she debated what to say and do next, the room remained awkwardly silent. Zane was looking at her questioningly.
What should she say?
Come on, think, woman. Think.
Too late. Aaron spoke first.
“Faith, it’s amazing to see you again after all these years.”
OK. So he didn't want to keep it a secret that they already knew each other.
“Aaron,” she managed to say. “This is a bit of a shock.”
“That’s an understatement,” Matt replied, stepping forward to pull her into a hug.
“Hang on a second,” Zane said, pushing into the room. “Aaron? That’s your proper name isn’t it?” He raised enquiring eyebrows at Matt. “What’s going on? You two already know each other?” 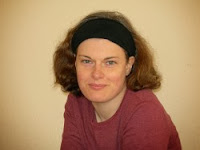 Zanna Mackenzie lives on the Derbyshire/Leicestershire border with her husband, 4 dogs, a vegetable patch that’s home to far too many weeds and an ever expanding library of books waiting to be read.

Being a freelance writer and editor of business publications is her ‘day job’ but, at every opportunity, she can be found scribbling down notes on scenes for whatever novel she’s working on. She loves it when the characters in her novels take on minds of their own and start deviating from the original plot!

If You Only Knew is Zanna’s third novel; her previous books The Love Programme, and How Do You Spell Love? were both published in 2013.

Find out more about Zanna on her blog www.zannamackenzie.blogspot.co.uk, on Twitter via @ZannaMacKenzie or on Facebook at www.facebook.com/zanna.mackenzie